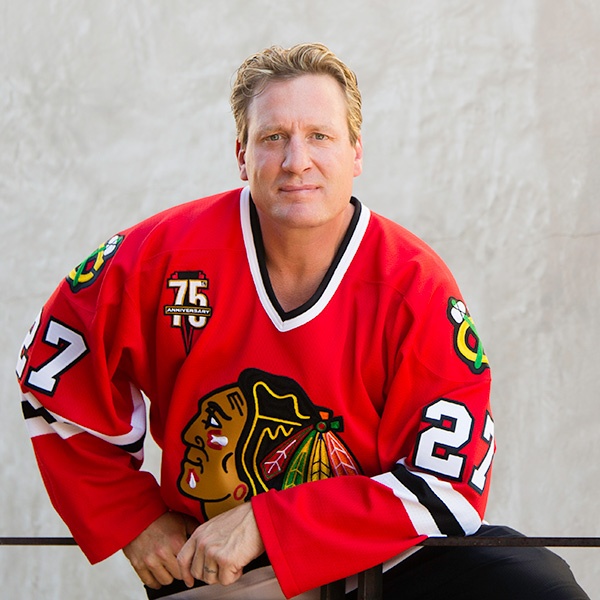 Roenick made his NHL debut on October 6, 1988 against the New York Rangers and then scored his first goal on February 14, 1989 against the Minnesota North Stars. In 20 games at the NHL level, Roenick scored 18 points. In the playoffs, he helped the Blackhawks reach the Conference Finals. During the playoffs Roenick gave the Chicago fans' a glimpse of what kind of player he would become. In a game vs. the St. Louis Blues Roenick got into an altercation with Blues defenseman Glen Featherstone. Featherstone crosschecked Roenick in the mouth and broke his front teeth; Featherstone would be given a five min. major while Roenick received a minor. Roenick remained in the game and once his penalty expired he took a shift on the power play and scored a goal.

In the 1989–90 season, Roenick joined the Blackhawks full-time and helped the team improve 22 points to win the Norris Division title. He scored 26 goals and 66 points. During the playoffs, Roenick helped the Blackhawks reach the Campbell Conference finals before losing to the Edmonton Oilers. He scored 18 points in 20 games. The Blackhawks' confidence in Roenick's abilities allowed them to trade Denis Savard for defenseman Chris Chelios in June 1990.

In 1992–93, Roenick led the Blackhawks with 50 goals, 107 points and 22 power-play goals as the team improved 19 points to win their third Norris Division title in four years (47 wins, 106 points). During the season, Roenick played in his third All-Star Game. In the playoffs, he scored three points in four games as the Blackhawks were swept by the St. Louis Blues. At year's end, he ranked tenth on The Hockey News' Top-25 Players list.

In 1993–94, Roenick again led his team with 46 goals, a career-high 61 assists, 107 points, a career-high 24 power-play goals, five shorthanded goals and a +21 plus/minus rating as the Blackhawks fell back 19 points in the standings. He also played in his fourth mid-season All-Star Game. In the post-season, he scored seven points in six playoff games. At year's end, he ranked tenth on The Hockey News' Top-40 Players list. He also won the Chicago Sports Profiles Humanitarian of the Year Award.

In the shortened 1994–95 season, Roenick scored 34 points in 33 games. He missed 15 games with a bruised tibia. He played eight games in the playoffs as the Blackhawks reached the Western Conference final where they fell to the Detroit Red Wings. In 1995–96, Roenick scored 67 points in 66 games before missing the last 11 games with a sprained ankle. At year's end, he was the team's leader with 32 goals.